What is Joe Pantel up to now? 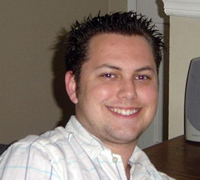 In or around 2007 Joe Pantel started a business called Surfside Concepts Inc. in which he sold artificial trees, grass, and outdoor weatherproof televisions.

He solicited investments from myself and several other individuals for approximately $1 million collectively; a sizable portion of it was from myself.

In or around 2008, Joe created a new corporation called Pantel Corp. in which he sold his line of outdoor weatherproof televisions. When I found out about this and confronted him, Joe claimed that Surfside Concepts Inc. never sold outdoor televisions, I was mistaken and it only sold artificial trees and grass. Joe told me I have no interest in Pantel Corp., nor the televisions. He also told me Surfside Concepts Inc. went bankrupt. What a coincidence. This entry in Pantel Corp's 2008 tax return gives us a clue where the money may have gone.

Pantel Corp. operated for approximately a year until one of his employees began running a company called Toshinaer which sells the same line of outdoor weatherproof televisions. It is uncertain whether Joe used this as a way to hide his money and be paid off the books, or if his ex-employee branched off in his own business.

In our legal battle Joe pulled all of the tricks. He didn't show up to court in order to draw out the case. When he finally decided to settle I sent over an agreement, which he then kindly returned signed with the principal amount owed changed to almost nothing. The correct agreement was eventually signed, then he stopped paying and stopped responding to any communication including refusing certified mail. He then filed for and received personal bankruptcy, which explains his sudden willingness to settle.

If you have lost money to Joe Pantel, share your story at joepantelsucks@gmail.com

After Joe learned of this website, he showed his lighter side. Joe is well versed in the law due to his years of experience with the legal system, mostly as a defendant. In the time that I knew him, he spoke highly of his lawyers, one of which with whom he presumably consulted regarding this matter. Joe must have known that slander is a false statement which defames another person. Knowing that the statements on this website are true, and therefore not slanderous, he sent the following letters to my hosting provider, and my domain name registrar anyway. Note that he added the humorous touch of threatening to get his lawyer involved.

Letter to my host

My old business partners whom are slandering me on the internet which you host. Www.joepantelsucks.com. i spoke to my attorney today and he said the first step is to talk to you about them disregarding your rules and regulations. I need this site taken down immediately. Please do give me a call back anytime. 714 421 ****. I am actually close to Brea. If i cannot get a call back to resolve this issue i need an address of your companies legal department so i can have my Lawyer contact them direct. Thank you for your promt attention.

Letter to my registrar

My Attorney asked me to reach out to you first before he needs to jump in. 2 gentleman purchased the domain name: www.joepantelsucks.com this violates your TOS as well as slander, copyrright infringement etc. I ask you to immediately remove and take back the domain and shut it down right away. If you do not or can not comply please send to me name address and phone of your legal department. Thank you, Joe Pantel 714 421 ****.

My host and registrar immediately saw the humor in his letters and laughed it off, albeit politely on the off chance that he was being serious.

What is Joe Pantel up to now?

In 2014 Joe started a new company called Tracker Now LLC. Here is a cached copy (link) of his profile on crowdfunder.com if he decides to take it down, along with the fudged work experience. He can ignore Surfside concepts, but a search for the last name "Pantel" under the Orange County, California Business Lookup says otherwise. We await to see what Tracker Now will offer, but for now we will have to accept trackernow.com's "Appology Coming Soon" (8/4/2014) as an answer.

Joe's additional comments about this site, in an email on 8/18/15

"I just learned a lot over the past years and living a life in hate is no life to live and to wish harm on someone else is just wrong not matter what especially if its just money."

On 11/06/19 I received a DMCA takedown notice for this site. The complainant's address does not exist, the phone number is disconnected, and I can only assume that the name is fake as well. Given Joe's motivation to take down this site and his history of playing the legal system, one might conclude it was him. This person created a blog just days prior, copied the content from this site, backdated the posts then filed the complaint.

The person who did this, who might be Joe, should know that because the claim is in bad faith, and the address and phone number are fake, this person has committed perjury by their own sworn statement: "I swear, under penalty of perjury, that the information in the notification is accurate and that I am the copyright owner or am authorized to act on behalf of the owner of an exclusive right that is allegedly infringed."